Ansoncourt was the first time I was solely responsible for the design direction of a level at a video game studio. My lead instructed me to produce a level set in a forest that would contrast with the cratered landscape of our other level, Zonnebeke. To achieve this, I began to look through sectors of the western front that only saw combat near the end of WWI after America’s entry.

Since I was in charge of developing this level from day one, I ensured that we created a detailed document that outlined the goals this level needed to accomplish.

Under these constraints, I began to draft a pitch for a level using Photoshop. I began with an aerial photo taken from the archives of the American Expeditionary Force. 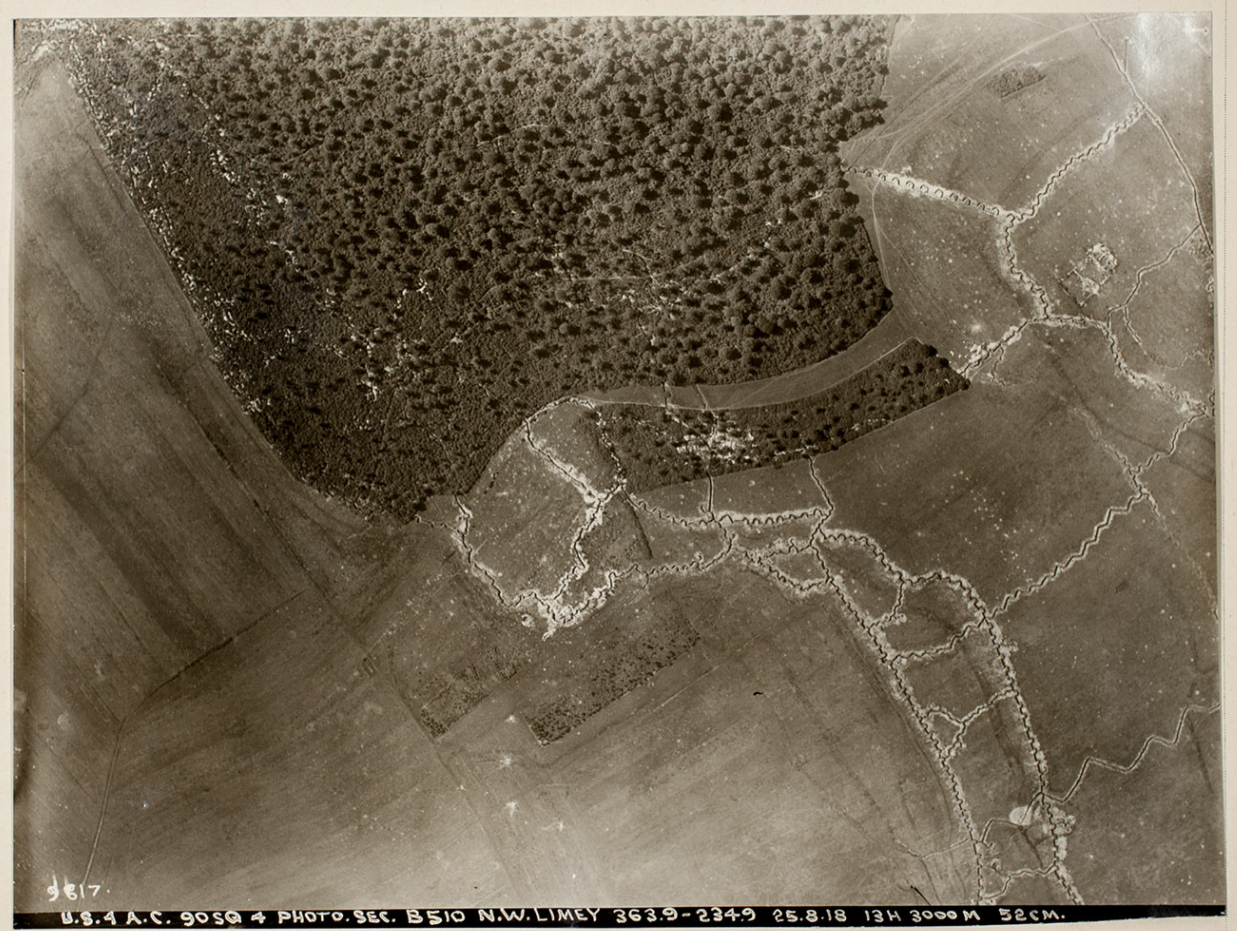 After getting approval from my lead, I began to modify this photo reference to make it more suitable as a combat space for a first-person shooter. Notably, I added additional trench lines across the level to create a web-like network that players could use as cover across the level.

During the white box phase, I created a block-out in-editor using colored primitives to indicate where points of interest will be located. This 2D block out was used to visualize where geographic features would be located throughout the map. 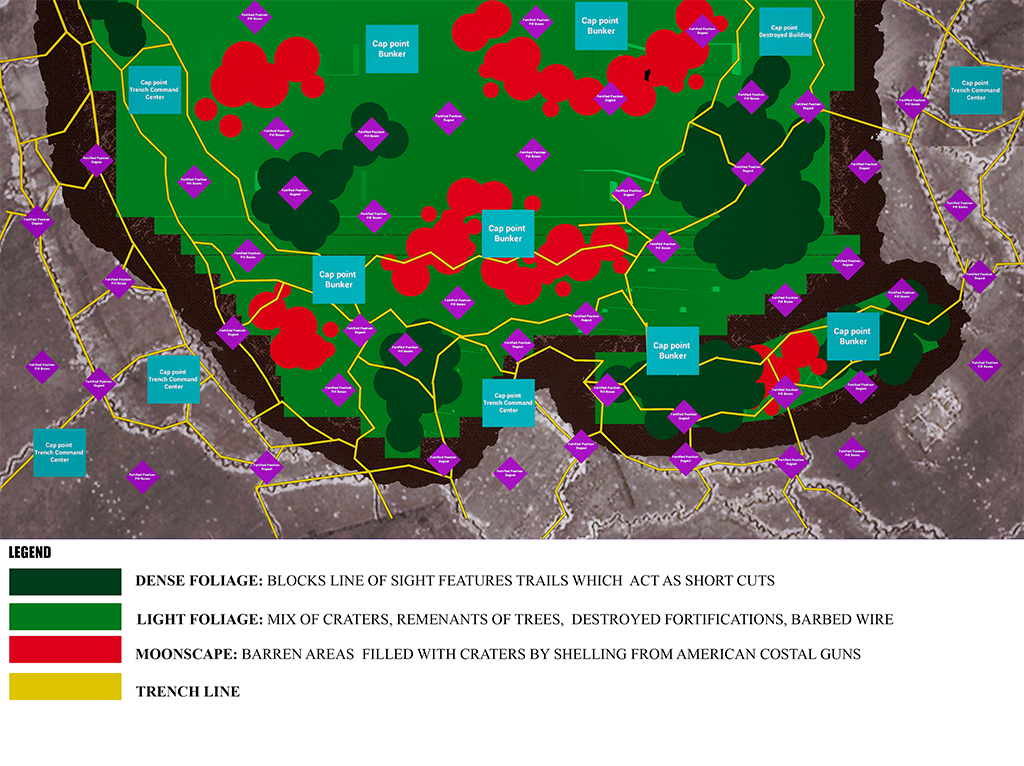 After getting approval, I moved on sculpting the level, meshing the trenches, and further detailing the map. The topography of this map meant that players should feel like they’re fighting through a hilly forest. To achieve this, I procedurally generated undulating hills by manipulating the landscape’s height map in Photoshop. By playing with the scale of these dips and slopes and paying close attention to the density of foliage, I created a forest that felt large and expansive when players were running through it. Following a period of iteration to ensure that the hills and trenches were both compelling to fight over and easy to traverse, the level progressed into the grey box stage. At this point, we decided to use a crashed German bomber, a Zeppelin Staaken, as the hero asset in the center of the level. Since the Staaken was placed on the highest point on the map, it acted as a distinct silhouette that players could use to orient themselves while fighting across the center of the level.

This level provided players with an experience that was completely counter to what Zonnebeke offered. It needed to be both different and compelling as this was one of only three levels we released on launch. I’m proud to say that through collaboration, communication, and listening to feedback, we achieved a compelling map.